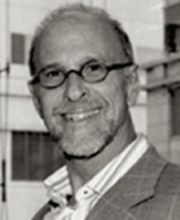 Gregg is CEO of GapSat, an innovative venture that leases or arranges for the lease of entire in-orbit satellites to satellite operators for use at their orbital slots for interim periods of time, generally until the operator launches its own custom-built satellite. Gregg is also president of G3 Global Communications, a satellite consulting firm focused on strategic planning, business development, transactional and regulatory advice. Previously Gregg co-founded and was president of Asia Broadcast Satellite (ABS). He is a former television producer and communications attorney who was the head of satellite services for Cable & Wireless Hong Kong Telecom, Vice President for PanAmSat and Lockheed Martin Corp, and Director of International Policy for the US Department of Commerce, National Telecommunications & Information Administration (NTIA) where he was instrumental in the promotion of private enterprise in space.

Gregg is a founding member and a Director serving since the inception of APSCC in 1994; the Chairman of the Cable and Satellite Broadcast Association of Asia (CASBAA) Satellite Wireless Action Group; a member of the Board of Governors and Secretary of the Pacific Telecommunications Council (PTC); and the Asian Attache for the Global VSAT Forum (GVF).

Dr. Anggoro K. Widiawan is currently CTO of PT Telkom Satelit Indonesia. Previously he was the Head of Telkom 3S project and the Head of Satellite Business & Technology Transformation in PT Telkom Indonesia, Tbk. He holds PhD degree in Wireless Communications from the University of Surrey, United Kingdom. He has been in satellite industry for over 20 years. 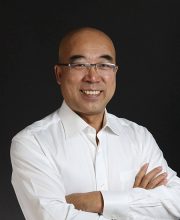 Mr. Huang graduated as a Master of Science and engaged in the space industry ever since his graduation. He was a Chinese licensed lawyer with strong technical and engineering background and accumulated rich experiences in areas relating to legal affairs, investment, project management, risk management, marketing and sales. 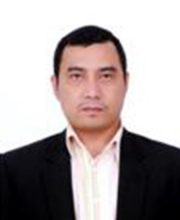 Dani I. Widjanarko is currently the Executive Vice President at Pasifik Satelit Nusantara. Prior to that, he led the Satellite Division of PT Telekomunikasi Indonesia, the largest telecommunication operator and as well as satellite operator in Indonesia, based in Jakarta. He started his career as a Satellite System Engineer. Dani has been involved in all aspect of operation and maintenance satellite network. Dani was also involved in all Telkom Satellite project as Technical Coordinator. In 2004 He was appointed as a Manager of Satellite Network Operation and Maintenance. 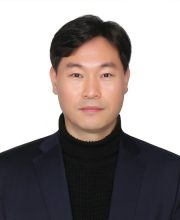 Daniel Kim is the Managing Director and Head of Global Business at KT SAT. Initially when he joined the KT(Korea Telecom) group in 2002, Daniel served as the ITU regulatory official for satellites and took part in the WRC (World Radiocommunication Conference) as a delegate of Korea. He was also the project manager of KOREASAT fleet manufactured in the United States, then relocated to Dubai, UAE as the head of KT SAT Dubai office. His long-term experience in various fields of the satellite industry would contribute to the activities and growth of APSCC. 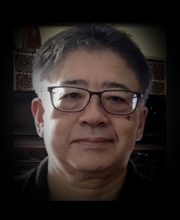 Eddie is a founder of HISe, Inc. (pronounced as “his-ee”), a Washington DC, USA based consulting company. HISe serves clients mainly from Asia Pacific Region and USA for strategic advisories and market development supports for the space and telecommunications fields. HISe’s strength and expertise are to connect players between Asia and US markets, leveraging rigorous experiences of Eddie and his partners. Eddie is an internationally renowned veteran in the space industry. Prior to founding HISe, Eddie spent most of his career in the satellite manufacturing industry. He served as head of world-wide sales organization at two satellite manufacturers, Thales Alenia Space of France (2006 to 2013) and Orbital Sciences of USA (1998 to 2006). Prior to these, Eddie worked for Lockheed Martin of USA and its predecessors (1991 to 1998) and Mitsubishi Electric of Japan (1979 to 1991). Through these careers, he lived and worked in 4 countries – Japan, USA, China and France. Eddie entered into the consulting business in 2014. 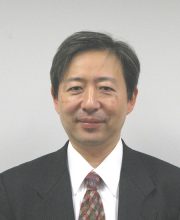 In April of 1987, he had joined in MELCO and started his career as Chief Engineer for rendezvous and docking system of Engineering Satellite-VII (ETS-VII) & H-II Transfer Vehicle (HTV) in Kamakura Works. Since then, he has experienced satellite system development and project management of various satellites including Communication Satellites, Earth Observation Satellites and Navigation Satellites.

In April of 2008, he was appointed General Manager of Office for Space Utilization and Strategy Planning at MELCO Head Quarters. He was responsible for promoting utilization of space in various fields such as navigation fields using Quasi Zenith Satellite. In April of 2015, he was appointed Executive Fellow of Electronic Systems Group and responsible for business development for MELCO space activities and promoting utilization of space. 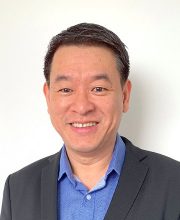 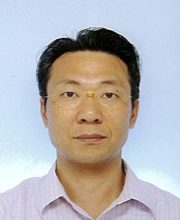 He started his career in 1997 at Japan Satellite Systems Corporation, which later became SJC, and was engaged in Network Operations, Communication Engineering and Global Business. Prior to his current role, he was General Manager of Mobile Business Division responsible for marketing activities for maritime and aero customers. He has been in satellite industry for over 20 years. 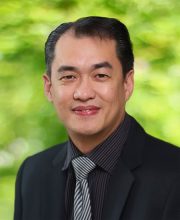 Kevin Seow currently leads the Corporate Development Asia Pacific team at SES, based in Singapore. He joined the Company in November 2002 and is responsible in ensuring the long-term success and right to win of SES projects along with identifying and driving transactions to the benefit of SES in the Asia Pacific and South Asian regions.

Kevin earned his bachelor’s degree in Engineering from McMaster University, Canada. Kevin also completed an Executive MBA from the National University of Singapore. 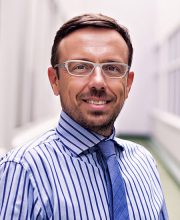 Guilbert has a long experience in various satellite and telecom business fields. Before this current assignment, he was Russia and Central Asia Sales Director for the Thales Alenia Space Telecommunications Business Unit and Location Solutions Sales Director for the Navigation Business Unit. Prior to that, Guilbert was Marketing Director for the satellite ground segments solutions of Alcatel Space. Guilbert held a number of project managerial positions for various Navigation and Telecommunications Satellite programs for Alcatel Space between 1994 and 2000 in the United States and in Europe.

Guilbert holds an Executive MBA and an Engineering degree in Telecom and Network. He currently resides in France with his wife and three kids. 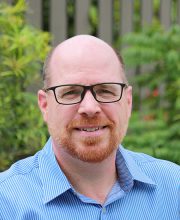 Patrick French is Executive Vice President, Global Business Development & Strategy at ABS responsible for partnerships for new business opportunities as well as ABS’ consumer business portfolio. Patrick French has over 28 years of experience in market research analysis and satellite communications. Previously, Mr. French served as Head of Business Development, Asia Pacific, at Intelsat and as Senior Analyst for Northern Sky Research (NSR) LLC, where he was an industry thought leader in the assessment of emerging High Throughput Satellite (HTS). 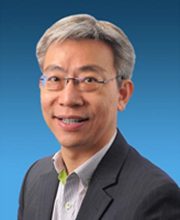 Richard Pang is an Executive Director of Southeast Asia at Maxar responsible for business development of Maxar’s space infrastructure based in Singapore.

Mr. Pang has more than 30 years’ experience with international communications satellites and telecom services. Prior to Maxar, Mr. Pang spent 20 years with Telesat and Loral Skynet in various management positions including Head of Sales of Asia-Pacific. 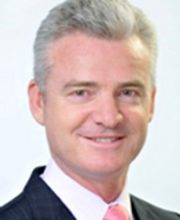 Terry Bleakley began serving as Intelsat’s Regional Vice President, Asia-Pacific in November 2010. He is responsible for the management of Intelsat’s sales and marketing activities throughout the Asia-Pacific region.

Prior to this position, Mr. Bleakley served as Vice President Sales and Marketing and Vice President, Commercial Operations for MEASAT from 2006 to 2010. From 2000-2006, he served with Intelsat and PanAmSat in senior sales and sales-management positions in the Asia-Pacific region.

Mr. Bleakley earned a Bachelor of Science Degree from Victoria University in Wellington, New Zealand and a Post-Graduate Diploma in Aviation and Business Studies from Massey University in Palmerston North, New Zealand. 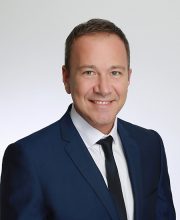 Vivian Quenet is Arianespace’s Managing Director and Head of Sales for the Asia-Pacific region.

Prior to assuming this role as announced in February 2018, he was Vice President and Managing Director Asia-Pacific for maritime satellite communications provider KVH Industries PTE LTD. During his tenure, which began in March 2011, he set up the company’s Asia-Pacific regional headquarters in Singapore, as well as new sales offices in Hong Kong and Tokyo. Within five years, KVH Industries became the largest maritime VSAT (very small aperture terminal) supplier in Asia.

Quenet previously served as the Asia-Pacific Sales Director for mobile satellite communications provider Vizada/Marlink (formerly part of Airbus Defense and Space), where he created the Singapore entity and oversaw all operations for the company’s regional offices. Over a span of 10 years, Quenet worked to bring satellite communications services to commercial mariners in several regions, including France, the United Kingdom, Spain, Portugal, Greece, Scandinavia, Africa, as well as Asia-Pacific. Before his time at Vizada, he worked as a corporate sales manager for French mobile phone carrier Bouygues Telecom Enterprises.

A native of France, Quenet holds a Bachelor in Business Administration (BBA) degree in International Sales and Marketing from the Université du Sud Toulon-Var in France, and speaks fluent French, English, and German. 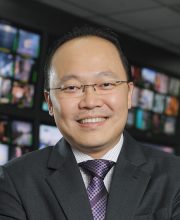 Yau Chyong Lim is MEASAT’s Chief Operating Officer. In this role, he oversees the management of the company’s operations.

Yau has more than 25 years in the satellite industry, with wide-ranging experience across multiple sectors including sales & marketing, business development and commercial operations.

He holds an MBA in Finance from Keele University, Staffordshire, UK and a BSc in Microelectronics & Physics from Campbell University, North Carolina, USA. 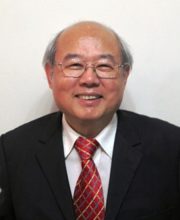 Patrick Wong is the Managing Director, Asia Pacific of Comtech EF Data Corporation. Patrick has been involved in all aspects of satellite communications for more than 30 years. He started his career with Telesat Canada in 1977 as a system engineer. He is familiar with the satellite industry in Asia Pacific as he was stationed in Jakarta, Indonesia since late 1980. He is now based in Hong Kong and oversees Comtech EF Data’s sales and business development activities for all of Asia through its three offices in China, India and Singapore. 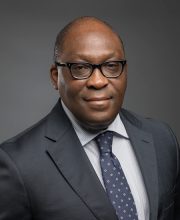 Tare Brisibe, is Senior Legal & Regulatory Counsel, APAC, with SES. Tare has nearly two decades of experience in the satellite industry, having previously served as Regulatory Information Officer for Inmarsat (UK) and Director of Regulatory Affairs for SITAOnAir (Geneva). He also served as: Chair of the Legal Subcommittee, UN Committee on the Peaceful Uses of Outer Space; Deputy Director (Legal), National Space Research and Development Agency of Nigeria; and Vice Rapporteur, ITU Study Group 1. He holds multiple degrees, including a Ph.D in International law from Leiden University.