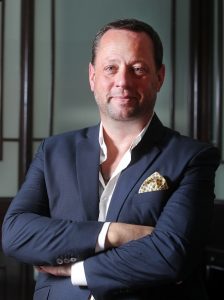 Monday, 16 September 2019, Seoul, Korea – The Asia-Pacific Satellite Communications Council (APSCC) has appointed Christopher Slaughter in an interim position to consult with both the APSCC Board and Secretariat to accelerate the organization’s developmental and strategic goals.

“The Board of Directors recognizes the rapid changes in the Asian space industry and believes that APSCC can actively engage in and take a more prominent role in promoting the mutual interests of the entire industry,” said APSCC President Gregg Daffner. “With his background in trade association leadership and membership relations, and his extensive experience in the Asia Pacific region, we are confident that Christopher will help the APSCC achieve its goal to enter a new era.”

Previously CEO of the Cable and Satellite Broadcasters’ Association of Asia (CASBAA), Slaughter has been living and working in Asia for more than 30 years. He started his career as a radio and television journalist, became Asia leader for a global TMT research and consulting group, and was Managing Director and Executive Producer for a regional independent production company.

“It’s an exciting time in the regional satellite industry, with so much going on in new space and so many emerging commercial space endeavours,” Slaughter said.  “I’m also looking forward to working with all the APSCC Members, the Board, and the excellent staff at its Secretariat based in Seoul, South Korea to focus on key regulatory and market access issues, as well as the expansion of APSCC.”